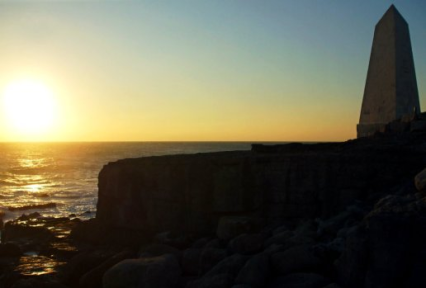 Ronat smiled. Everything was just as she remembered.

The brisk coastal breeze whipped her bare skin, fanning out her shining raven tresses. It was sunset; a ribbon of golden light adorned the crisp horizon, glazing the crests of the breaking waves with molten gold. The stony cove carved itself into the rugged coastline, overlooked by a towering obelisk. Ronat took in a deep breath laced with the tastes of salt and seaweed, and her heart pounded wistfully. Her thirty-two years as a land-dweller were almost at an end.

Life with Liam Brennan had been comfortable enough; he was a fair-minded hard-worker who had provided well for her, cared for her. He was a devoted husband and a doting father to their daughter, Pearl, and son, Sandy. Ronat had distracted his haunted mind, played the loving girlfriend and later wife, and bore him a family, whilst he remained oblivious to the fact that her heart was never truly his. It was fate, he maintained, that had drawn them magnetically together as childhood sweethearts, but of course, Ronat knew otherwise. Liam knew nothing of the selkie curse.

Decades previous, obliged by this curse, Ronat had intuitively traced her keeper to the nearest village, spying on him from afar. Eventually he felt her presence, and she made herself known. Liam was instantly enraptured by her glittering obsidian hair, the opalescent glimmer in her dark eyes, her wry half-smile and mysterious charm. They were married young and ever since, Ronat had been inescapably tied to her custodian to fulfil the terms of the curse. At least, until last night.

For the Easter weekend, Ronat’s family and their dog, Max, had returned to the village to stay with Liam’s parents. The weather had been splendid: fresh spring sunshine coaxing everyone out into the garden, welcoming the newly-budded blossoms in the apple trees. The children had hunted eggs and gorged themselves on chocolate, Liam’s mother had treated them to her signature roast lamb and Liam’s father had entertained them with old Irish folk stories and ditties. On Sunday night, whilst everyone else was deep in sleep, Ronat had awoken to let a whimpering Max out into the garden. From the raised decking she had looked out upon the harbour below and the inviting moonlit sea beyond, heart aching. But when Max returned from beneath the large fir tree in the far corner of the garden, she was surprised to see him clutching some silvery material caked in many years of dirt. Trembling, Ronat reached out and took it from Max’s drooling jaws. Its surface was cold, rubbery and reassuringly familiar, with an unmistakable iridescent sheen. It was her freedom.

Ronat dutifully left a note for her family, despite knowing that it was a futile gesture. Then she had hurried, as fast as her tired legs would carry her, out of the house, through the village, along the dead-end tracks, across the open scrubland, down the pebble-scattered cliff-side, to the cove, arriving just as the sun was breaching the horizon. Here she had patiently waited until the sun, at last, dipped below the skyline once more.

She had stripped bare, useless clothes slung in all directions. The crashing waves were calling her name. Quivering with anticipation, she paddled in the shallows and unfurled her long-awaited treasure: her skin. Ronat wrapped it around her, comforted by its smooth texture, its homely warmth, as she took on her seal form for the first time in thirty-two years. Finally, with a cry of glee, she flung herself into the foamy waters.

It felt great be home.

Part two of my short story response to Sue Vincent’s Obelisk #writephoto prompt. I hope you enjoyed, and thanks again to Sue for the stunning photo. I couldn’t help but think of mermaids when I first saw it, but before I started writing I also came across a lesser-known mythological creature, the selkie (a seal who transforms into a human on land) – hence the end result!

You can read Part one here.